Before heading up north last week, we had the honour of attending Stephen’s wedding in Nakawa last Sunday. As Stephen is the director of the Needy Support center (one of CAP-AIDS Uganda’s Kampala partners), Emma, Tracy and I had a great time with other NSC members enjoying the festivities at this well attended event! I wonder if our very documented but ill-prepared speeches will come back to haunt us one day… 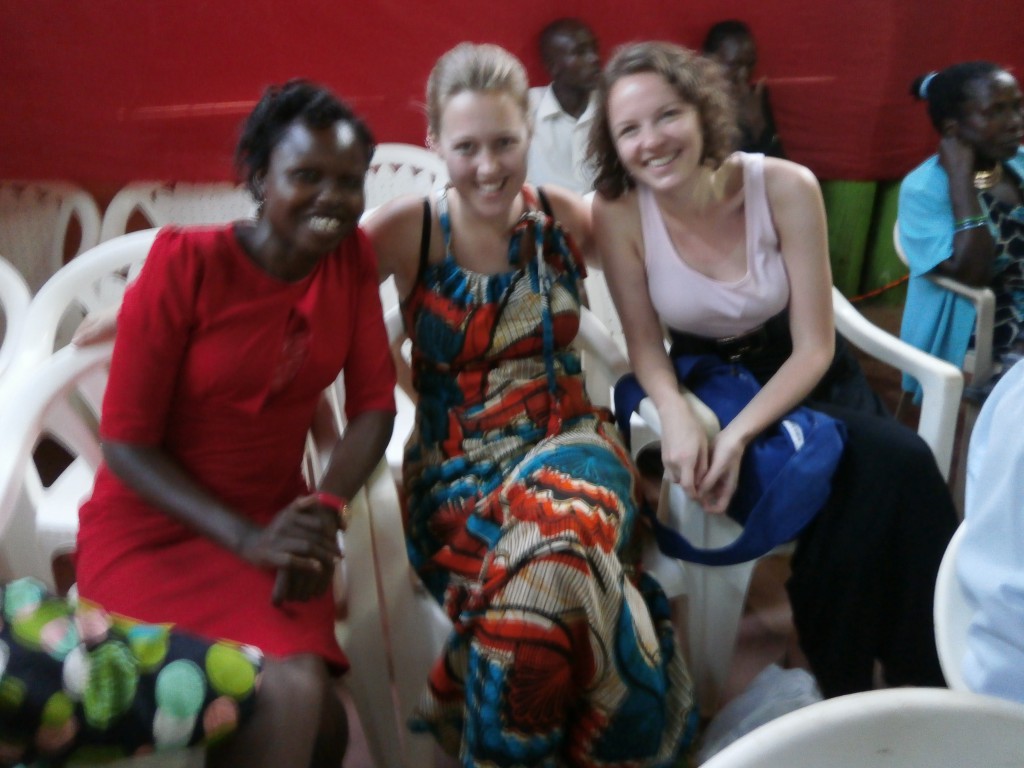 Later on Monday evening (after a 6 hour ride on a very crowded bus) we arrived in Lira and travelled to the village of Boro Boro where the “Home of Hope,” CAP-AIDS Uganda’s official office is located. The regional differences between this village in northern Uganda and Kampala were striking. Hot, dusty and in dry season, we saw (both with our eyes and through our sweat) why many farmers in the area struggle seasonally when there is drought. The bird situation is different too… still scary but much more chicken-heavy. There was an uncomfortable hour where a gang of 20+ roosters were VERY close by staring at me and Emma sitting under an umbrella.

During our stay at the Home of Hope we met with some members of the Obanaga Ber Women’s group; a local organization consisting of 31 women in the Boro Boro community who were trained on the Prevention of Mother To Child Transmission of HIV/AIDS (PMTCT) and in entrepreneurship skills with support from CAP-AIDS’ CIDA funded Sustainable Livelihoods project in the community back in 2009-2012. Our meeting with the group shed light on the resourcefulness of its members. Take Catherine for example (the chairperson of the organization): Catherine has been engaged in a myriad of business ventures since acquiring goats through the Sustainable livelihoods project years ago. Catherine was able to sell her goats to buy a sewing machine and pay for sewing lessons; she is now able to earn income from her sewing. Over the past few years she has been able to construct a durable house and has plans to upgrade it to bricks in the future. In our meeting the group identified their desire to build their organization’s capacity and to work on something that brings them together as a group but does not impede on the diverse range of income generating activities they engage in individually. We look forward to working with these women in the coming months! 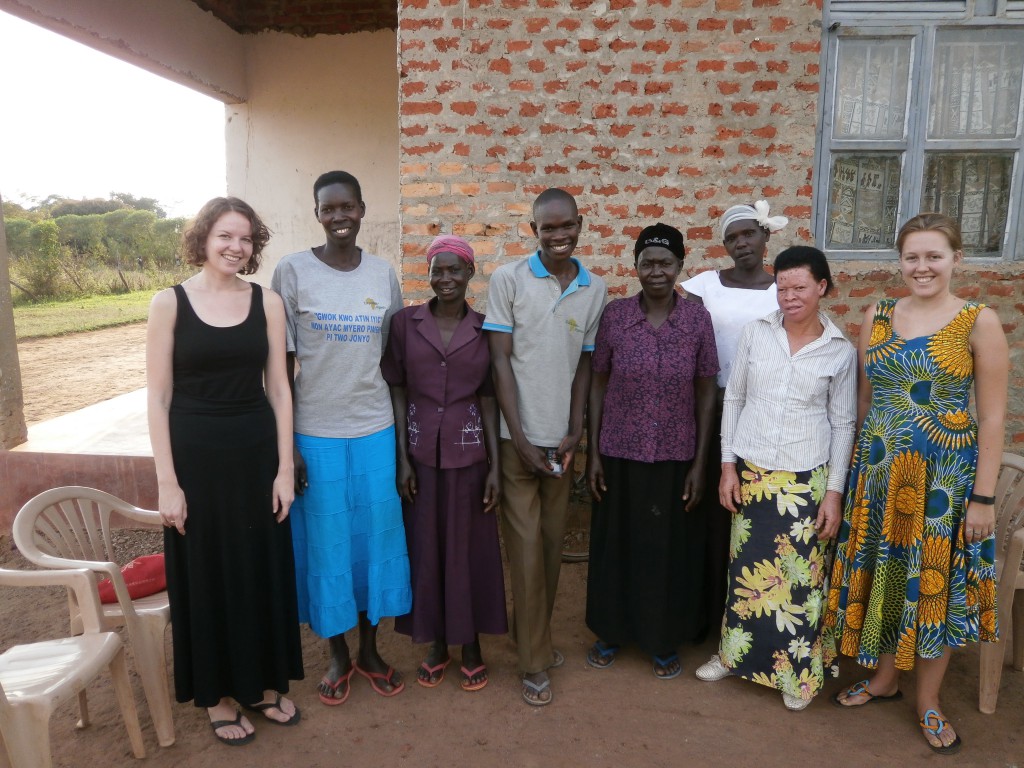 While we were up north we travelled to Aboke for a day to meet the members of the Aboke HIV/AIDS Women’s Association (AHWA) and to follow-up with some of their past beneficiaries of the CIDA funded Sustainable Livelihoods project. AHWA is a strong group of women and (and men) committed to mobilizing community members to combat HIV/AIDS through raising awareness, fighting stigma, and providing care and support for those affected by HIV/AIDS. Several members were recipients of bicycles to make transportation around the community easier, some members participated in life skills training as either caregivers or youth where they were able to access tools to start-up entrepreneurial ventures or to practice the vocational skills they received training for (e.g. carpentry or catering). It was great to observe the fact that even years after the project has ended and funding has dried up, the group has stayed together and remained active in the community. 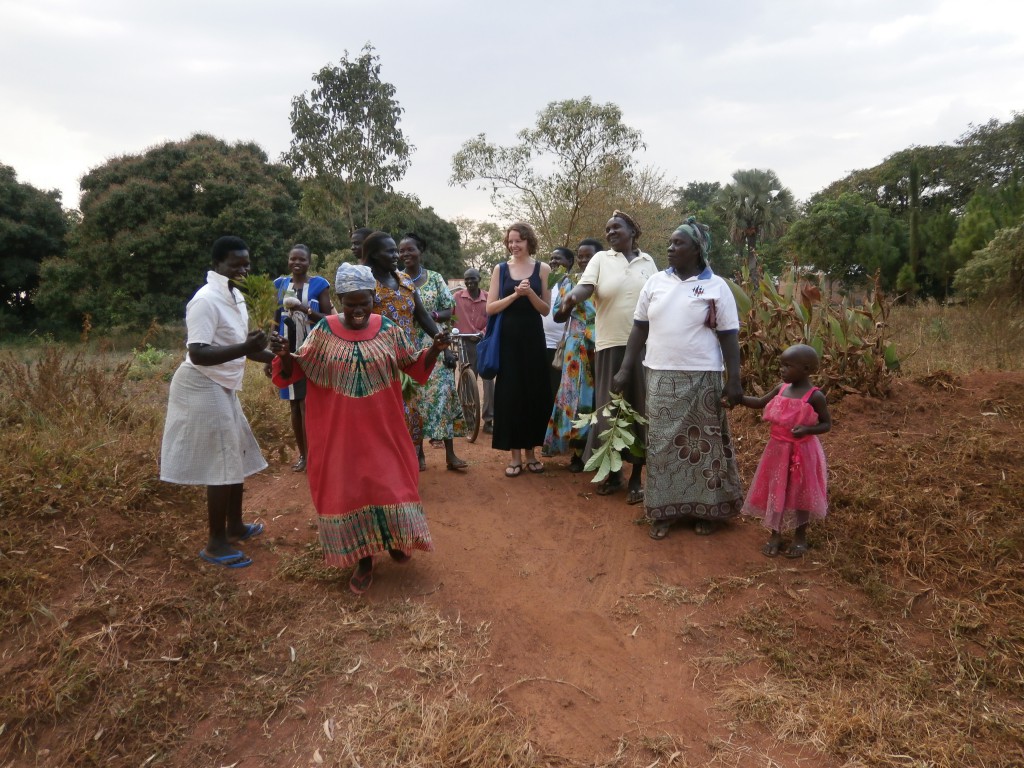 AHWA warmly welcomed me, Emma and our co-workers Tracy and Simon at CAP-AIDS Uganda arranging a string of interviews, a group meeting and a delicious feast. We were touched by their desire to maintain their relationship with the organization despite the absence of current projects. 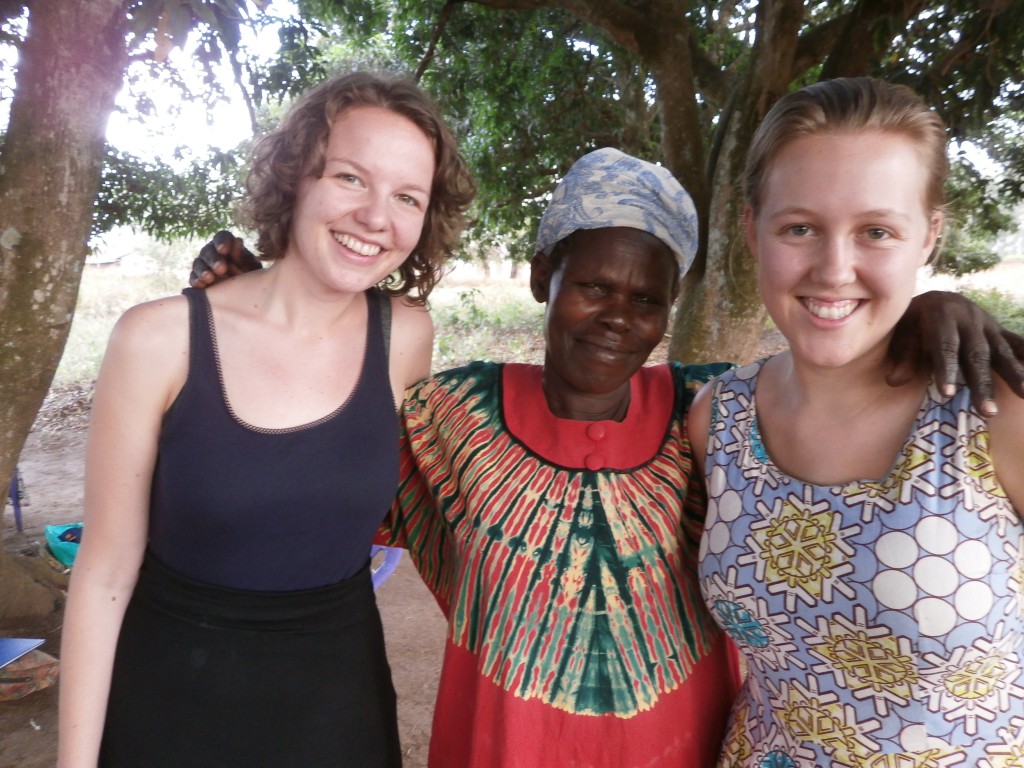 Although we’re back in Kampala for now, we’ll be hitting the ground running with the Obanga Ber Women’s group on our trip up north next month! In the meantime, I will be strategically avoiding the birds and my balcony.